In a distant galaxy, a group of friends worked together to keep their planet clean. They were finished for the day and wanted to go on an adventure. So they caught a comet and went for a ride. 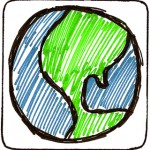 One of their favorite galaxies to travel to was the Milky Way. They loved how beautiful one particular blue and green planet was, and they often rode past it just to see its beauty.

They only planned on a short trip since they had to be home for dinner. They rode the comet for a while passing stars, planets and asteroids. 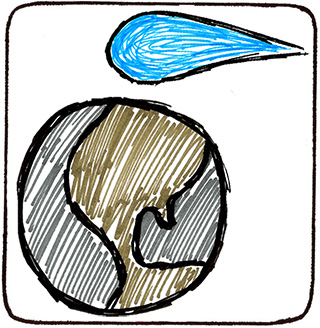 Off in the distance, the blue and green planet didn’t look as bright and pretty as it usually did. In fact, it was getting quite dingy and brown. “Come on guys, let’s take a look,” Ollie said. Harry and Dylan responded excitedly, “Yeah, let’s go and see what’s going on.”

After guiding the comet toward the blue and green planet, Ollie picked a place to land. 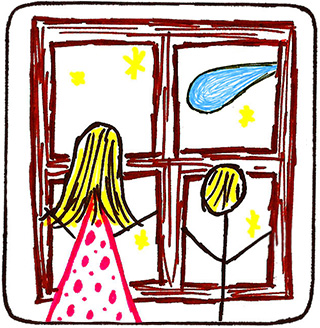 Meanwhile, a big sister and little brother were getting ready for bed. They were all snuggled up reading bedtime stories when they saw a bright flash outside their bedroom window. They opened their curtains and saw a comet streaking through the night sky toward their neighborhood. They quickly threw on their robes and ran outside.

The stood in awe as the colorful comet landed with a fiery streak in their backyard.

They peered down and found a group of strange, little creatures. Some were as big as basketballs, and others were as small as tennis balls. 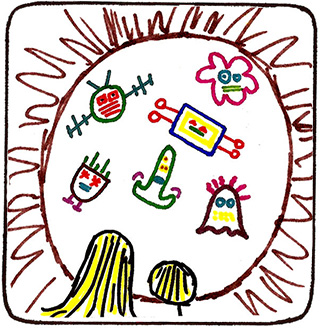 The big sister found an old blanket. She and her little brother carefully placed each creature in it. They wrapped them up, took them inside the house, and hid them in the closet. To make sure they were safely hidden, they put all of their stuffed animals around them. 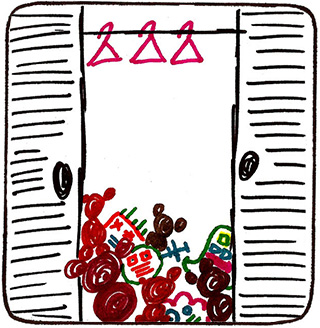 The little brother asked the biggest creature, “What are you?”

The one with the big, orange eyes replied, “We are called Swirlbots. We came here to help you clean up your planet”

The brother and sister looked at each other and smiled. They knew an adventure was about to begin.